Photo by Suad Kamardeen on Unsplash

Tanesha Peeples, the Deputy Director of Outreach for Education Post pronounces that “We Have to Get Education Right for Black Students and families in 2020” in her article published on January 10, 2020. She believes that hiring more educators of color, providing equitable resources that will enable low income Black students to be as successful as their White peers and ensuring that parents and students voices are heard will make a remarkable difference in the lives of students and families because “our kids deserve a “new year, new me” opportunity, too.

Read the full article at“We Have to Get Education Right for Black Students and families in 2020”.

According to a recent study conducted by the Albert Shanker Institute named after Albert Shanker, the late president of American Federation of Teachers, the diversity of the teaching force in the United States is a cause for serious concern.

Teacher diversity which the researchers referred to as an “educational civil rights for students” is critical because research supports that all students would benefit from a diverse teaching force that represents the population of the US. The study looked at nine cities, Boston, Chicago, Cleveland, Los Angeles, New Orleans, New York, Philadelphia, San Francisco and Washington, D.C. and found that from 2002 to 2012, a ten year period, minority teachers were underrepresented with African American teachers being the most severely underrepresented. The researchers attributed the severe decline of African American teachers to the “working conditions in their schools, lack of collective voice in educational decisions, a lack of professional autonomy in the classroom,” and new teacher hiring practices.

The Albert Shanker Institute, a nonprofit, and nonpartisan organization, is endowed by the American Federation of Teachers. It is “dedicated to three themes—children’s educations, unions as an advocate for quality, and both civic education and freedom of association in the public life of democracies”. 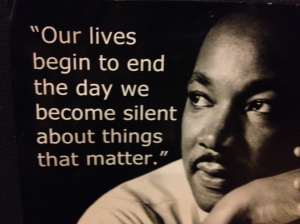